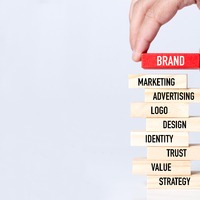 “Half the money I spend on advertising is wasted; the only trouble is, I don’t know which half,” said John Wanamaker, the turn of the 20th century American merchant, proponent of advertising and pioneer in marketing. More than a century later his words still ring true in the minds of every marketer who privately wonder whether the now huge sums of capital invested in advertising drive purchasers or profit to their organization. Certainly if he were alive today, Mr. Wanamaker would be dismayed that his estimation of half wasted advertising dollars would, in fact, be woefully understated.

A study by Ehrenberg Bass suggests that around 86% of all ads are either ignored completely or, if noticed, unconnected to the brand sponsoring the message. The data predicts that almost nine out of ten ads are, literally, a waste of money. It has to be shocking news to those who create, produce and pay for the entertaining and much touted advertising campaigns that can cost millions of dollars to air during major sporting events. Even though a 30 second spot on the 2018 Super Bowl Game commanded a cool $5 million, it has been found that 64 percent of viewers were unable to connect the most memorable ad to the brand. Communicus, the consultancy responsible for the data, indicated they also found that less than 20 percent of Super Bowl ads had any impact on consumer brand selection.

Jerry Thomas, author of “Advertising Effectiveness” a White Paper published by Decision Analyst, said, “In our experience, only about half of all commercials actually work; that is, have any positive effects on consumers’ purchasing behavior or brand choice. Moreover, a small share of ads actually appears to have negative effects on sales.” Clearly, little has changed since John Wanamaker first uttered his doubts about the effectiveness of his advertising efforts. So, why is so little being realized from such major investments of time, talent and dollars?

“Too many companies create advertising and marketing material that passes the target consumer by because it literally does not look like it comes from the brand. Constantly changing creative, overly clever executions, arrogant agencies trying to stamp their signature across the work – everything adds up to ensure that most advertising is a constantly changing carousel of confusion that is usually ignored by the customer,“ says Professor and Marketing Week author Mark Ritson.

Entertaining, well produced television advertising has been around for as long as the medium itself. For those old enough to remember television without color and surround sound, “Plop, Plop, Fizz, Fizz, Oh what a relief it is” brings back memories of the little character with the funny tablet hat, if not the promised relief. Declarations like “Where’s the Beef” and a hundred-member strong, world chorus singing praises of peace and harmony from the hill top are some examples of timeless brand advertisements elevated to iconic status among their creators and sponsors. Can you connect these ads to their brands?

We live and operate our businesses in a new, consumer run world where social media dominates the conveyance of messages. Entertainment is not enough anymore and sporty jingles and comedic skits no longer work. It is a time for story-telling and a time when consumers expect brands to demonstrate social consciousness and not just spout product or service features and benefits. It’s about having a shared conversation about consumers’ values and how they connect to the brand. Brands must project themselves as socially responsible. However, crude and disrespectful attempts to tie advertising to popular social actions can backfire.

Pepsi’s recent attempt to increase soda sales by co-opting a popular social justice movement resulted in embarrassment and failure, and equating the importance of selling trucks with the historic message of an iconic figure resulted in this year’s biggest Super Bowl advertising debacle. Perhaps the best way to market a brand through a cause is via event sponsorship.

In this dynamic, multi-channel world of advertising, connecting with customers is more about the quality of the brand’s message and the conversation, not about changing the world.