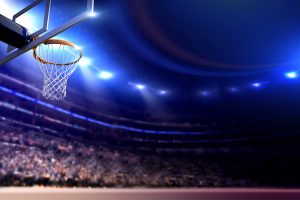 The Trifecta of sporting events sponsorship only comes along every four years. With the 2018 Winter Olympics barely closed, the craziness of March Madness looms just around the corner as eager, but cautious, mega brands are contemplating an advertising strategy. The stratospheric costs to play the advertising game at this year’s Super Bowl had even the most hardened and committed marketers nervous about the value of the play. For some brands, the opportunity to pull off a triple play permitted them to spread the risk, making the adventure more palatable. For those who failed to demonstrate a winning performance on Super Bowl Sunday, the Olympics provided a chance to at least score a medal at PyeongChang or bring home an upset victory at March Madness.

The ad generating opportunity doesn’t end at video streaming and traditional television media. With all the games streaming online, fans and sponsors can connect through live video casts, real-time scores, statistics and other related content through web browsers and mobile apps. Facebook continues to take a more proactive role in playing the statistical game. Marketers will be able to tap into fans’ conversations to increase exposure. Facebook conversations during March Madness 2016 grew by an astounding 40 percent year over year. Worldwide more than 650 million people are connected to a sports-related page on the network, while 165 million follow a sports account on Instagram.

Making the sporting trifecta commitment doesn’t insolate ad players from losing though. With fan participation falling in major sporting events, muffing the ad-ball out of bounds can still result in some marketers being benched.  “You’re not necessarily going to get fired for putting more money on YouTube or more money in Google search, Facebook or even Snapchat at this point in time,” said one media buyer in 2017. “Yet they may question you when you say you’re going to spend $5 million on a Super Bowl spot, or $1.5 on the NCAA tourney and have it fall flat or be an unexciting game or have it underdeliver.”

Unlike the digital play call where social analytics effectiveness can be evaluated immediately, video, display and sponsorship advertising often requires an incubation period following the performance to measure success or failure. The cumulative, longer term impact of even an effective cross-channel effort may not be fully realized for months after the game’s champions are crowned. The marketing champion of this year’s big trifecta remains to be seen.