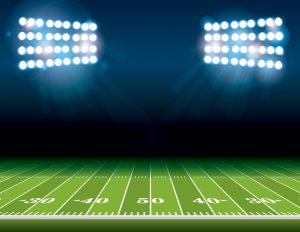 With the price of a 30-second Super Bowl advertisement consistently on the rise, advertising for the Super Bowl has never been an easy decision for marketers. The decision has been complicated in recent years by the political and social protests that appear to have the NFL viewer interests showing a downward trend. Add the serious concern over players’ head injuries, the 2018 Super Bowl marketplace may not be the promising investment for advertisers that it once was. Considering that a 30-second ad costs upwards of $5 million for the 2018 Super Bowl between the New England Patriots and the Philadelphia Eagles, the decision to spend potentially $10 million dollars for a Super Bowl campaign can be concerning to those charged with calculating the impact.

The falling ratings in NFL viewership this year can be traced, at least in part, to the League’s insistence on mixing political and social protest issues on the field of play. “ Average game viewership has fallen to 15 million this season, down from 16.5 million last year and the lowest since 2008, according to data compiled by RBC Capital Markets. Analyst Steven Cahall says, “The sustained decline is what worries investors about media’s willingness to offload the NFL’s monetization risk.”

The danger of insulting consumers isn’t limited to the team owners and league management. In the past, Bowl advertisers such as Nationwide, 84 Lumber, HomeAway and GoDaddy have been sharply criticized for  Super Bowl spots. A $5 million backfire can be particularly startling, even to a well-healed brand. The ultimate questions remains “is leaving a really good impression worth $166, 667 per second?”

A recent study, “Super Bowl Ads,” indicates that the value of Super Bowl ads can persist beyond the conclusion of the big game. The study, co-authored by Wesley Hartmann of Stanford University and Daniel Klapper of Humboldt University in Germany, shows that the benefits from Super Bowl ads actually persist beyond the game’s conclusion with increased sales during subsequent sporting events like the NCAA’s “March Madness,” NBA playoffs and MLB games. Further, the research finds that the gains in sales are much more substantial when the advertiser is the sole advertiser from its market category or niche in a particular event.

Klapper says, “As the exclusive beer advertiser in the Super Bowl for many years, Budweiser outperforms competitors for consumption during the Super Bowl. Our findings suggest that there may be value for advertisers to negotiate exclusive advertising rights within a category to generate greater long-term value and it may make sense for the telecaster to offer such exclusive rights at a higher price. However, even though Coke does not exhibit increased consumption during the week prior to the game despite years of advertising during it, Super Bowl ads do help sell Coke after the game, especially among sports fans.”

In addition, the study’s co-author added, “For some type of ads, there is a large social media multiplier by provoking interest and subsequent conversations on social media and mass media that could be independent of Super Bowl viewership. That is good news for advertisers as it suggests that our estimates are only a lower bound of the benefits of Super Bowl advertising.”

Regardless of the falling fortunes, Super Bowl LII is expected to draw more than 100 million viewers with 70 percent of the Nation’s televisions tuned to the event. Last year the game attracted 190.8 million social media interactions from Facebook and Twitter.

Check back after the Super Bowl to see which advertisements hit the mark!