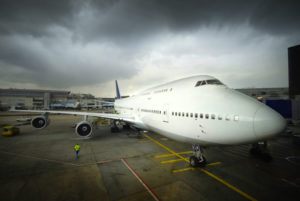 The spring buds had barely broken into leaf when United Airlines (UA) set into motion what is becoming a summer of brand destroying idiocies. The airline industry, not always praised for their customer centric approach to operations management, decided moving a few of their employees to another location was more important than several passengers who had paid for their passage and were boarded and preparing for departure. The flight was scheduled to depart O’Hare International Airport in Chicago for Louisville, Ky., at 5:40 p.m. but hundreds of other passengers were delayed two hours while UA flight attendants and crew members summoned some strong arms of the private law and forcibly assaulted and dragged an offending passenger off the plane.

Later into the season an IT outage at British Airways (BA) caused thousands of flights to be cancelled impacting more than 75,000 customers travel plans. Glitches and Murphy’s Law has been known to throw an unintended wrench into even the most well-executed software program before, but BA’s poor communication and resulting response was so inept that many passengers have vowed to boycott the airline.

Carmen Courchesne, a 74-year-old passenger was supposed to be flying from Massachusetts to Florida with help from JetBlue’s (JB) wheelchair assistance program when something went wrong at Logan International Airport. The grandmother, who suffered from Alzheimer’s disease, was left unattended at a gate in Boston for several hours before her family, who were waiting at the airport in Florida, became concerned and sought her whereabouts. Turned out many hours later she was still sitting, abandoned and unattended at Logan Airport.

These and numerous other industry-actors customer relations missteps has made the summer of 2017 a time of mind-blowing, brand busting odyssey. And if the actual incidences where not sufficient enough to anger and alienate their customers and severely injure their brand’s value, the reaction from the airlines employees and management in response to the problems left nothing on the table to cast doubt on where these airlines position their customers in their operations hierarchy. Initially, UA responded to their passenger assault by attempting to explain why overbooking flights and reallocating human resources topped passenger service when it came to the company’s bottom line. BA’s response gave a; so what, these things happen, we’ll do better next time public impression. JB’s seaming flippant response to botching their passengers with disability customer service did very little to appease the concerns for the family of the disabled grandmother, much less add value to the company’s brand or reputation.

Customers have long been told that they’re never wrong, that customer sovereignty trumps all things when it comes to making connections with a responsible marketer, even when a consumers behavior spills out of the envelop of common decency. In reality, “Customers are not always right, but they are always the customer”.

Is it possible that the answer to theses errant reactions lies at the foot of another business management mantra, “What gets measured gets done”? In today’s high-tech, data harvesting, benchmarking, number crunching world, it is becoming clear to airline consumers that airline employees’ performance evaluation matrix does not include so much of a bullet when it comes to the art and science of customer centricity. Either that, or a whole lot of company associates failed to get the memo.

Regardless of the specific reasons, the summer of the “War on the passengers” is an indication of a systematic problem, perpetuated and promoted by those at the very top of the corporate labor chain. Expectations and examples all start at the top and at the top of every subsequent management level. It then matriculates down to where the end user meets with the company’s product or service. And while no associate can completely be held accountable for the poor and despicable actions of a few consumers, each of us who make our life’s work from connecting with consumers must put the misbehavior in perspective and context of the whole of the experience. A company’s brand value and each of our personal values are ultimately on the line and on display for all to see.