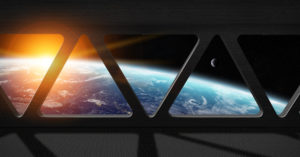 It was a time of great promise and anticipated opportunity emerging from a sustained period of relative world peace and prosperity after the former decade of world division, war and unparalleled human atrocities. With the threat of another decade gravitating towards a return to the mistakes of the past it was a time for new leadership, one which predicted great things and unimaginable triumphs into the remaining year’s of the 20th century.

On May 25, 1961, President John F. Kennedy gave a historic speech before a joint session of Congress that set the United States on a course to the moon. “First, I believe that this nation should commit itself to achieving the goal, before this decade is out, of landing a man on the moon and returning him safely to the Earth.” For those who lived in the time, the proclamation from this new young leader of the free world left little question as to what kind of leader he was to be.

Many people use the term “visionary” to describe the kind of leader they are, but fewer understand what is required of the visionary leader to succeed at achieving their vision. Whether leading a nation, state or business venture, visionary leaders retain important skill sets and personal qualities that separate them from those who are idea generators and who leave the minutia of the journey to others. True visionary leaders possess charisma, a state that Merriam-Webster defines as a “personal magic of leadership arousing special popular loyalty.”  “It is a natural attraction that draws people to the leader and the leader’s enthusiasm.”

Visionary leaders are most often the chief organizer and risk taker; are never satisfied with the status quo; are consumed with making the future a better place than today; are accepting of change and optimistic about the future and achieving the success of their dreams. But most critical, visionaries understand and believe that strategic planning is at the core of achieving their journey to success.

Strategic planning is an organization’s process designed to set forth goals and objectives, creating a plan of action based on known facts, reasonable and flexible assumptions and allocating given resources towards the accomplishment of the ultimate objective. The visionary leader defines the strategic process and what it will resemble into the future and how it will function. Such leaders aren’t authoritarian or dictatorial, but seek to provide the freedom to believers to determine the best path to success.

History has shown that the most effective leaders in business or government are often not the best educated or intellectually gifted, but have unique skills and personal characteristics like enthusiasm and drive that is directed to achieving a goal no matter how seemingly challenging or improbable. They attract others with the talents to set the journey in motion, make the best business decisions possible and overcome the hurdles to success.

John F. Kennedy, in setting forth his example of a visionary leader, understood that conquering the challenges of space would be determined by winning over the hearts, minds, skills and talents of the tens of thousands aerospace engineers, technologists, educators, wrench turners and dreamers who were willing to buy into the dream, believed it was possible, follow the plan and work tirelessly to be part of the ultimate accomplishment. In the following of the 21st century, new visionaries in business and industry like Sheryl Sandberg, Mark Zuckerberg, Bill Gates, Steve Jobs and others are refining what it means to be a visionary by influencing the ordinary among us to do the great and impossible.

“A visionary is a leader of excellence who sees what others do not see, who achieves for now and plans for the future, which positively impacts different generations and rises up other visionaries.” – Onyi Anyado.

Vision alone didn’t put man on the moon. What kind of leader are you?